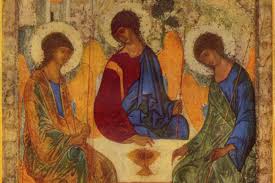 e put out by the Wesleyan Covenant Association says, “We actually believe what the UMC says it BELIEVES…and how THAT MAKES us anything but the CENTER, I have no idea.”

In the light of this claim, it is important that we, as Wesleyans, acknowledge another perspective on what it means to be in the center.  John Wesley calls us to the middle way.  In doing so, he is not talking about politics, party, opinion, or even beliefs.  He is talking about behavior.  Even with strong opinions, Methodists are to BEHAVE in the middle.  We do so because our faith is not centered in doctrines or opinions, but in a relationship with a Living Lord, and in virtues that promote life-giving relationships in the world.  This is not to imply that doctrines and opinions are unimportant, but only that they are resources to support the larger purpose.  To confuse means with ends can easily lead to a betrayal of the Body as a whole.  It is a first step to dividing the body into “us” and “them,” in support of sides or causes.

One important example of this calling to behave in the middle is found in Wesley’s sermon, “The Witness of the Spirit.”  Here Wesley defines the middle way in opposition to both extremism and enthusiasm.  He is concerned about the temptation to mistake our own imaginations for the witness of the Spirit, and thus to become “the worst kind of enthusiasts,” where we are convinced that God is in our opinions and that our job is to come to God’s defense.   When one is “drunk from [this] spirit of error,” it is almost impossible to see that we may be fighting against God rather than for God.

Continuing this thought, Wesley turns to the other extreme where “reasonable people,” who “see the dreadful effects of this delusion,” assert that “the witness of the Spirit” must have only belonged to the apostolic age and that the Spirit does not move among us in the same way.  At this extreme, people are weary of any claim of God’s direct guidance. Here, faith runs the risk of drying up into an intellectual exercise or becoming little more than a resource to help us feel good about ourselves.

In seeing the harm done by these extremes, Wesley asks: “May we not steer a middle course?  Can we not distance ourselves from the extremes of error and enthusiasm without denying the gift of God and giving up the great privilege of being God’s children?”  He is convinced that we can steer this middle way.

To do so, we must see ourselves as people who BEHAVE in the middle.  As Wesleyans, the evidence of the Spirit is not found in our enthusiastic defense of our way as God way, but rather in the opposite; the Spirit is revealed in the “holy tempers” of humility, gentleness, patience, temperance, and “kindly affection for all.”  The Spirit is always revealed, less in our opinions, and more in how we treat one another in the sharing of our opinions.  That is to be our witness to the world.

In a culture that seems to thrive on extremes and divisiveness, on winning and pitting ourselves against one another, what would it look like if we could “steer a middle course?” What if this was the focus of our conversation? Would this not be much more in line with the witness of the Spirit?  For one more quote from this sermon, this witness just might save us all from “the pain of proud wrath.”

I am the senior pastor at First United Methodist Church in Conway, Arkansas. I love this work! Playing guitar, reading/writing, and theological conversation are among my favorite pastimes. My wife, Deidre is also an ordained United Methodist minister, and we have three wonderful children, all adults, and two grandchildren. I hold degrees from the University of Central Arkansas (BA), Duke University Divinity School (M.Div), and Southern Methodist University (D.min). View all posts by Michael Roberts