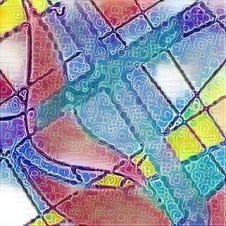 It was a shocking realization while sitting at a district gathering to discuss the various plans for the Way Forward.   I purposely set next to one of our youth who had recently come out and was now invested in the discussion in a new way.  At the table, a man launched into prepared talking points.  At the heart of his argument was the popular “slippery slope.”  “If we allow this,” he said, “what’s next? – polygamy, bestiality? Sex with animals, is that where this is leading?” He did not seem to be aware of the pain caused around the common table. Since then I have heard this talking point many times and have tried to think through it more deeply.

To start with, it is good to realize that actions have consequences; it is wise to think through possible outcomes.  This, however, is very different from the “slippery slope” argument, where harmful consequences are assumed.   In thinking through outcomes, it is helpful to reflect on the lens through which the issue is framed.  If seen through a “libertarian” agenda, promoting individual freedom with no interference from any outside entity, then a case can be made for the slippery slope.  If we give one freedom, then that might slip to giving another.  There are those who are promoting an agenda through the lens of individualism, but that is not the lens of the church.  It is an act of deception to lump me, and a multitude within the church, into this perspective.  The faithful church does not frame this issue through the lens of individual freedom but through the lens of wanting to cultivate life-giving relationships with God and others, relationship built upon the values we all hold dear – monogamy, faithfulness, commitment even when sacrifice is required, and opportunities to grow in the biblical virtues of patience, gentleness, and forgiveness, among others. This is the biblical language, by the way, that supports the one plan that would make it possible for some in the church to focus on these virtues over base sexuality.  Through the lens of promoting life-giving relationships, the concern becomes what we say to anyone who says, “I want to give my life to Christ and live in a relationship where I can grow in the love of Christ.”  In working with anyone, wherever they are, to respond to this desire, the “slip” is more likely to be into something that will truly glorify God.  If we focused our energy here, there might be a lot more people wanting to know more about the love we preach.

Because of sin in the world, harm may come within relationships — there is no doubt — but this harm is not a direct result of people wanting to be treated with respect and to be able to love others with the blessing of the church.  Granted, this blessing cannot be cheapened.  The blessing includes the cultivation of the virtues meant to under-gird all life-giving relationships.   When we fail to cultivate these virtues then we indeed water down the gospel – but perhaps not as much as those who are using this harmful argument.

This slippery slope argument is an official fallacy.  In other words, it promotes falsehood. It causes harm.  It vilifies others to create fear and doubt. It assumes negative outcomes without any thought to other possibilities. That’s where the argument itself “slips.” I do wonder – are the spiritual consequences worth the desired end?  What if we came together to discern a higher “end” or “purpose” and worked together from there?  That, I trust, would truly glorify God.

I was recently appointed as the Director of ReStart Initiative, a new cabinet position to provide care and support for those who want to remain United Methodist and who are affected by disaffiliation. I am also a delegate to General Conference. Other appointments include 10 years as the senior pastor of First United Methodist Church in Conway, Arkansas. Playing guitar, reading/writing, and theological conversation are among my favorite pastimes. My wife, Deidre, is also an ordained United Methodist minister, and we have three wonderful adult children, and two grandchildren. I hold degrees from the University of Central Arkansas (BA), Duke University Divinity School (M.Div), and Southern Methodist University (D.Min). View all posts by Michael Roberts

One thought on “Stopping the Slippery Slope (and the Way Forward)”