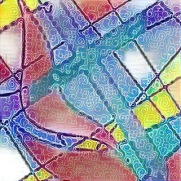 In this series, the next word from Wesley is “sodomy.”  Wesley uses this word in several places. While we often associate this word with sexual sin, and even homosexual practice, Wesley takes a much broader and more biblical view.  In Wesley’s commentary, he uses this word to describe abusive and harmful actions against others.  Wesley also uses the word “assault” to describe this sin.  At another point, Wesley expands the meaning by highlighting what is said about the sin of Sodom in Ezekiel 16:49.  In Wesley’s notes, he says that the sin of Sodom was “fullness of bread,” “excess in eating and drinking,” and Sodom’s refusal “to help strangers.”  Arrogance, gluttony, and laziness in helping the poor were the source of Sodom’s fall. That’s straight from the Bible!   In another place, Israel is compared to Sodom for their wickedness. This wickedness is defined as failure to seek justice for the oppressed, the orphan, and the widow (Note on Isaiah 1:9-17).  Following the message of the prophets, Wesley wants to remind us that “Their doings were abominable, but thine have been worse.” (Note on Ezekiel 16:47).   This broad and biblical view of the word gives us all cause to look in the mirror rather than project sin onto others.

In the list of sins found in I Corinthians 6, the original Greek word in question is “arsenkoitos.”  It is translated as “sodomy” by Wesley. (We also see this in the NRSV). There are no known previous usages of this word, so it is assumed by many that Paul coined the term.  The word is a combination of two words meaning “male” and “bed,” probably used with sexual overtones. Since there is no literary context for this word, it has been translated and interpreted in many ways. It has been used for men who use others as prostitutes or who use their strength (masculinity) to exploit others. It has also been defined as masturbation, pervert, abusers of boy or children, and with general words like “abominations.”  In the last century it has been translated with the word “homosexual,” thus associating this word with behaviors listed above. With this association, it is understandable why the word “homosexual” has become offensive to many, and is no longer used as a description of one’s identity.  By associating this term with abusive and exploitive behavior, it is “incompatible” with Christian teachings.

In more recent years some translations have combined this word with the previous word to describe the passive and active male (not female) partners in a same-sex relationship.  This move is problematic in many ways.  It veers from the original meaning of the words. It covers up the biblical and historical precedence for using this word to describe abusive and harmful behavior. It also removes the possibility of such a relationship being moral and life-giving. It makes it possible to use this passage against Christians seeking to live faithfully and to grow in the virtues of Christ through their relationship, perhaps with more commitment than those making the accusations. Is this biblical? Is it right? Is our judgment, and the call to accountability, in the proper place?

In any responsible reading of scripture, this word cannot be used to project sin only on to others or seen only in terms of sexuality.  Wesley would not approve.  When confronted with lists like in I Corinthians 6, the first calling is to self-examination. This list, for example, includes “fornicators.” Wesley uses this word to cover “every kind of [sexual] uncleaniness” and the harm that comes from it. The Greek word is “pornia.” It is sex when another is objectified or used, or when one allows themselves to be objectified or used, thus causing harm. I wonder if this would not be a better cause for us. This list also includes “drunkards.” At one point, Wesley speaks of being “drunk with the blood of the saints” believing we can judge others. The list is long, but the point is clear.  When we are “washed” and “sanctified” in the name of the Lord Jesus and by the Spirit of God, we behave differently.  We learn to live in love.

To avoid the labeling that makes it so easy for us to project sin onto others, I like the paraphrase of these verses found in “The Message.” It reads, “Those who use and abuse each other, use and abuse sex, use and abuse the earth and everything in it, don’t qualify as citizens in God’s kingdom. A number of you know from experience what I’m talking about, for not so long ago you were on that list. Since then, you’ve been cleaned up and given a fresh start by Jesus, our Master, our Messiah, and by our God present in us, the Spirit.”  Praise be to God.